Department of Visual and Performing Arts 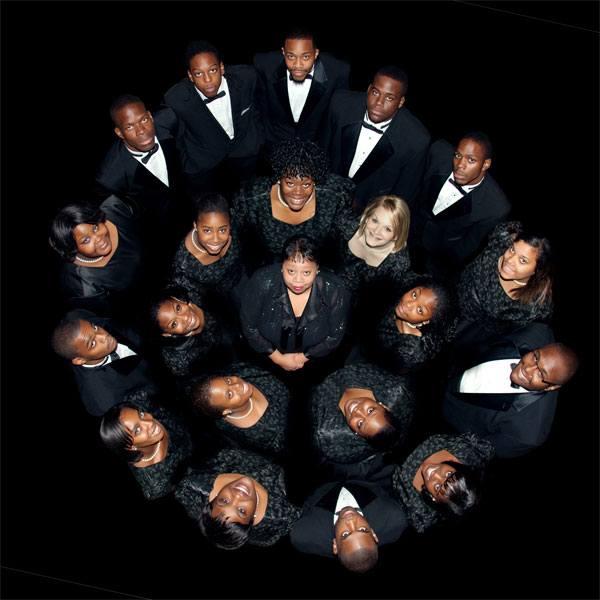 LUVE is an auditioned ensemble of mixed voices comprised of both music majors and non-music majors from throughout the campus community. The group was founded in 1977 by Robert L. Mitchell, Sr., the Lincoln University Vocal Ensemble was given its present name in 1980. The size of the Ensemble has ranged from as few as eight members to more than forty. Whatever its size, LUVE has earned wide respect for the musical and emotive quality of its performance in a wide range of choral styles, including jazz, gospel, and spirituals.

LUVE has performed at Carnegie Hall in New York, the national anthem at Busch Stadium in St. Louis for the Cardinals/Braves game, Jazz Festival in Jefferson City, and for Bishop Desmond Tutu’s appearance at the Missouri Episcopal Diocese Meeting in Chesterfield. They have sung on several occasions for state representatives and local television shows, also for events sponsored by the N.A.A.C.P., for C.U.R.E. (Christian United for Racial Equity), and MCDA. They have sponsored Collegiate Symposiums at various sites around the state. Recent travels have taken the LUVE to New York, Miami, Orlando, Atlanta, Washington D.C., Chicago, Indianapolis, Kentucky, Detroit, Kansas City, Memphis, and St. Louis. For most of its thirty-one years, the Vocal Ensemble has taken an extended spring tour, spreading the “gospel” of fine choral music across the United States.